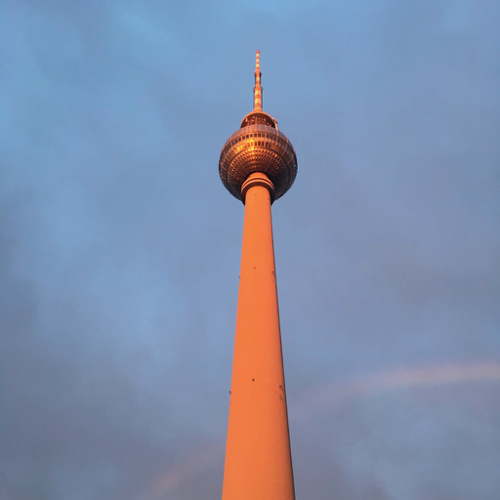 I arrived in Berlin in the evening, over an hour late as we were stuck in Munich for a while, waiting for the plane to be de-iced. I was a bit discombobulated by the whole concept. Snow and ice? 30 hours previously I had been sweating in the New Zealand summer.

My taxi driver, thankfully, had waited for me. Initially taciturn, he turned on the radio as we drove. Eventually, I asked if he was listening to a Russian station. He was. In a few minutes, he explained, there would be a Russian language news bulletin. I only picked up two words — Vladimir Putin.

The taciturn taxi driver became suddenly animated, and in a mixture of passionate English, Russian, and German, explained that Vladimir Putin had won yesterday’s election.

“Are you from Russia?” I asked.

“I am from the Soviet Union,” he replied. He told me about his life as a sailor, travelling from the Arctic to the Antarctic. He digressed back to the election, and criticised the recent killing of a Russian double agent, saying that it was a terrible idea to provoke the UK. In the next breath though, he was praising Putin and all that he had done for the Russian people.

The next day, I arrived at my home for the next two months. The property manager took me upstairs, unlocked the door, and turned to me. Did I have any questions?

I probably did, but none came to my tongue.

I looked at the washing machine and remembered the last time I had tried to use a German washing machine. I was going to have to figure it out with a mixture of Google translate and trial and error.

Now, the panic has set in. Why am I here? I’m all alone. Do I even like Berlin? How do I start a life again? I have a new job. I’m newly single. I barely know anyone here. I’m living all alone. I work remotely, so it’s not like I’m going to meet co-workers here. My uterus is killing me — what if there’s something wrong with my IUD and I have to go to a German doctor? What if I don’t like it here?

I breathe, and remember my tools from therapy.

Have I slept? Have I eaten? Am I hydrated? Have I been outside today?

No, to all of the above.

It’s time to do those things. Get the basics sorted, and then I can begin to build a life again.

I keep reflecting on the last time I moved city. I was 19 when I moved from Auckland to Wellington. I was a different person. Deeply depressed, newly single, hopelessly co-dependent and completely unaware of it. I was so broken. I cried on busses almost daily. I depleted my meagre savings because my rent was more than I could afford.

Eventually, it felt like home. The only place that’s ever felt like home. But it took a long time. Will it take that long in Berlin? How long will I feel uncomfortable? Will I cope?

As ever, I know that the answer is yes, but knowing that never seems to provide any comfort.